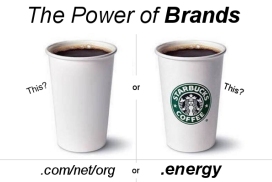 Your business must compete with similar companies offering similar products & services. A prevailing question for marketers is “How can a company stand out so that their audience perceives them as elite, credible, and an industry leader?”

In the early days of the internet when companies were establishing their online presence, there were only three choices: .com, .net, and .org. Companies usually went for the best word combination available to represent themselves on the web. Bank of America bought Loans.com for $3 million. At the time, this represented the most descriptive and memorable choice possible to support their business on the global internet.

Today, a broad range of new internet addresses are being released that add a new level of purpose, clarity and meaning. .ENERGY is a prime example. Never before has the global energy industry had an internet address of their own. That day has come.

The power of internet brands is evolving, and it has become an internet-centric phenomenon. Acquiring a company internet address that defines one’s business is the next logical step in global branding & marketing. A company’s web address is no longer just an afterthought. To the contrary, it is considered one of the most critical components of a company’s brand, image, credibility, and global accessibility.

Aligning your company with a web address that is custom tailored to one’s industry is the future of online branding. Did you know that Google has become a major world distributor of apps? Consequently, Google purchased the new .APPS domain space for $25 million this past February. Why? Because Google understand the power of branding and the power of controlling words that describe their business.

In a similar deal, Forbes reported this past May that Automattic (the company behind WordPress) bought the rights to the new .BLOG internet address for $19 million. Strategic, purposeful, forward-thinking, and opportunity focused.

The power of branding & marketing one’s products and services is directly connected to the power of your company’s internet address. If you are an energy-related company, .energy says it better than any other word in the English language. 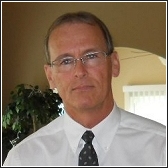